"Understanding the Assault Upon the Image of God" 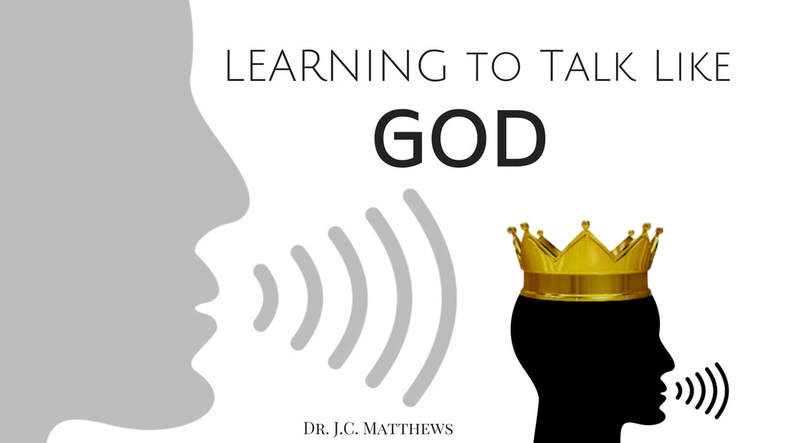 We are beginning a new Kingdom Teaching series provocatively entitled: "Learning to Talk Like God". The apostle Paul in his writing to the New Testament church admonishes its members to do that, which at first glance, seems impossible. However, it is not actually an impossibility, but the responsibility of every believer in order that the church fulfill its purpose in this world.  In one place, Paul instructs the church to be imitators of God!  How is this possible? Scripture reveals that it is not only possible, but an expectation that we grow and mature in our likeness to God, which includes our ability talk like Him. As sons of God, we were: (1) created in His image, (2) after His likeness, (3) granted His authority (dominion) over the earth, for the purpose of representing and advancing God's Kingdom here on earth.  God endowed His sons with the ability to act like, or imitate Him on, and for a purpose. The question must then be asked: "How can a man, act like God, who is a spirit?"  All spirits, including God, act and work by speaking!  They work through their words.  It is this understanding that has become lost to many who have been born again, but have not learned the basis upon which God declared that we would "subdue and have dominion" in the earth (Genesis 1:28).

In this study, the believer will come to an greater understanding of:

One of the greatest threats to the church today does not come from the outside, but from within.  It is a loss and lack of our true identity. Satan's original attack against the people of God was one directed at, and challenging, the identity of the people of God. This same weapon is at work in the church today and causing those who have been qualified to be a solution in the world, to become almost indistinguishable from it. As long as the church, in its mind and image of itself is immature, it cannot fulfill its purpose and work in the world.  The apostle Paul was right, when he wrote at Galatians 4:1, that: "The heir, as long as he is a child, differs nothing from a servant, though he be Lord of all".  The problem not that he isn't an heir and owner, but that he doesn't know who and what he is!

The Revelation in the Roots

In Matthew 13 Jesus shares a parable about a sower how sowed seed on 3 different kinds of ground. He later reveals that this was a revelation of the Kingdom and that the seed sown was the gospel or Word of the Kingdom.  He goes on to explain that the devil immediately tries to pluck this word from the hearer using various tactics to get them to release it. Even those who receive this word, and do so with joy, can suffer loss as a result of their having no root in them.  In other words, the key to either being barren or fruitful in our lives is our ability to develop roots!

This revelation has various powerful life application, which we will explore throughout this Kingdom teaching series. There is "revelation in the roots" that has the power, to not only transform your life, but the world we live in. Listen and learn more!
ADAM - Rediscovering & Restoring the Original Man & His Work in the World
​5 Part Teaching Series (3 Bonus Messages) 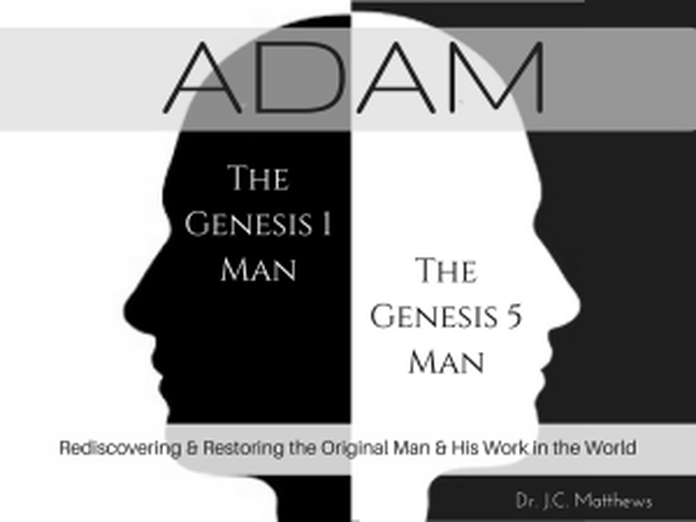 Genesis chapter 1 God declared that he made man in "His image" and after his "own likeness"(Genesis 1:26). However, after the fall of man the Bible reveals that Adam produced sons that were "after his own likeness", and in "his image" (Genesis 5:3). Every since then all of creation has recognized that something, or rather someone, is missing in the world who is authorize and empowered to be the solution to its current condition and situation (Romans 8:19-21). It is looking for the revelation and the manifestation of those who are sons of God, or "Adam". Jesus restored this original man in the earth again through his work and our rebirth. However, the church, having been redeemed, still sees itself as a Genesis 5 Man, or son of Adam, rather than as a Genesis 1 Man who are the sons of God!
The church must rediscover Adam, the Genesis 1 Man, and resume the original work given Adam from the very beginning, which is the manifestation of God's heavenly kingdom on earth, in partnership with His sons! Listen and rediscover that "Kind" of Man that God intended to have dominion.
In this first lesson we will discover the difference between the Genesis 1 Man and Genesis 5 Man and why it is so important to the church and the world we live in! 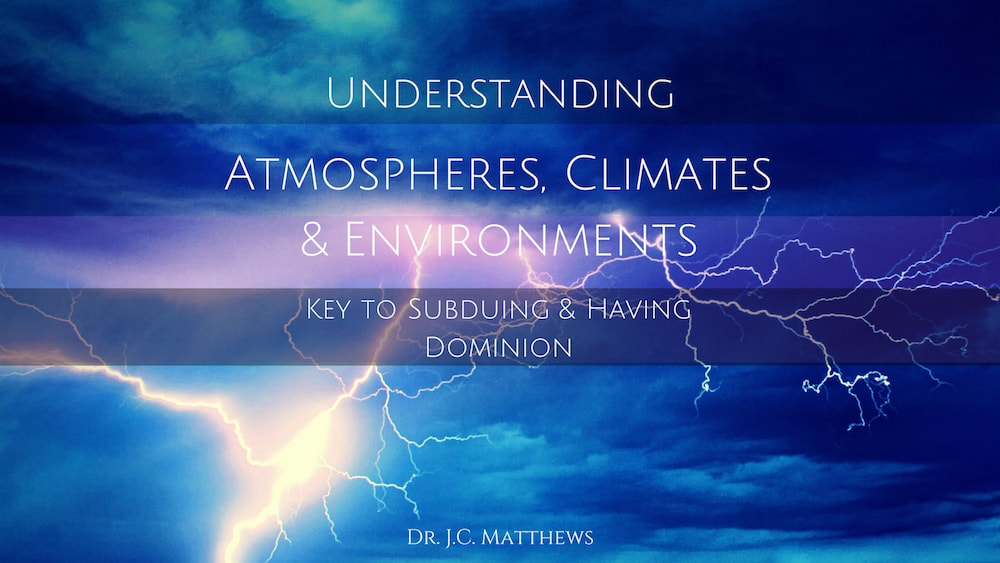 Buy Downloads Now.
When God gave man dominion over all the earth, it included the authority over the domains consisting of the waters, air and surface of the earth. Although the church has engaged the world in advancing the Kingdom throughout the earth, it has for the most part ignored the  principalities, powers and authority structures that occupy the air, which exercises it influence upon what takes place on the earth. These realities create and maintain atmospheres, climates and environments that can frustrate the church in its ability to fulfill its purpose and manifest the will of God in the earth. The born again believer is the only one qualified on earth, having received God's authority (or dominion) over  the air, to address the atmosphere.  Learn how to clear and create in your life an atmosphere, maintain a climate and cultivate an environment that God original planned for you live and proser in.